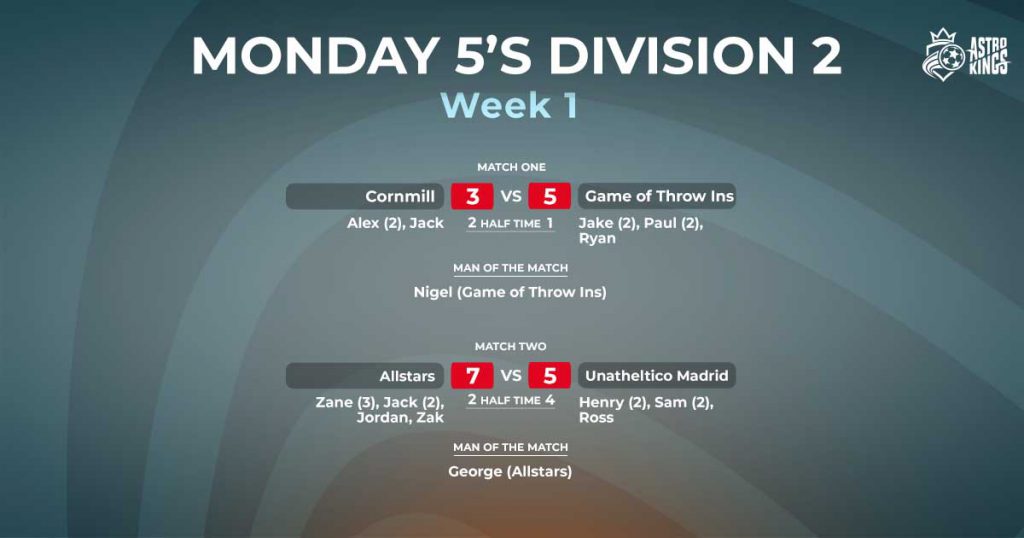 In week one we saw Cornmill take on Game of Throw Ins (our favourite name here in the office), both eager to take an early victory in the season. Going in at half time Cornmil had control of the match, even if it was slight. However with the striking duo of Jake and Paul, alongside a man of the match performance from Nigel we witnessed a phenomenal comeback. Meaning Game of Throw Ins take the first three points of the season, with Cornmill prepared to change their fortunes next week.

With a name like Allstars there was always going to be high expectations for the season kick off. With Unathletico Madrid prepared to battle for all three points. In a one sided first half we saw Unathletico Madrid carry a comfortable 2 goal lead in to half time. But Allstars must have had something special in their half time oranges, as they came out in the second half raring to go. With Zane taking control of the match to take his tally in the game to 3 and complete a masterful comeback. A result which will give them massive momentum so early on in the season!