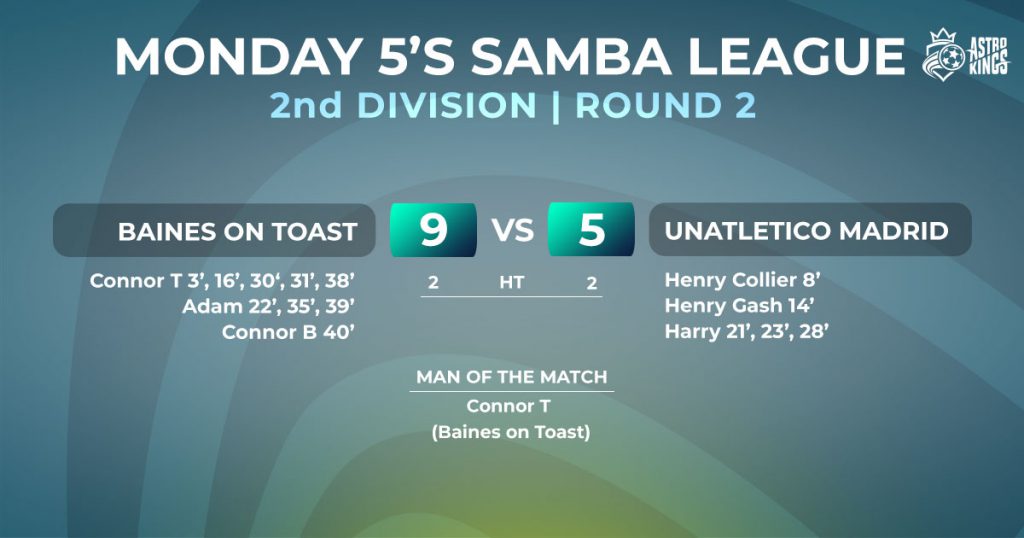 Having lost their opening game of the season, Unatletico Madrid were hoping to put the wind up league debutantes Baines on Toast this week. After Connor T opened the scoring in the third minute for Toast, the first half played out as a tight, close affair and ended all level on two a piece.

The second half started favourably for Madrid. When Harry grabbed them a seven minute hat-trick, it looked like Toast was burnt. However, they still had plenty of gas in the tank as both Connors, and an Adam hat-trick, turned the game around and secured a nine-five victory. A great comeback for Toast to win their first game, and now Madrid look for their first win against top-placed ANK in their next fixture.