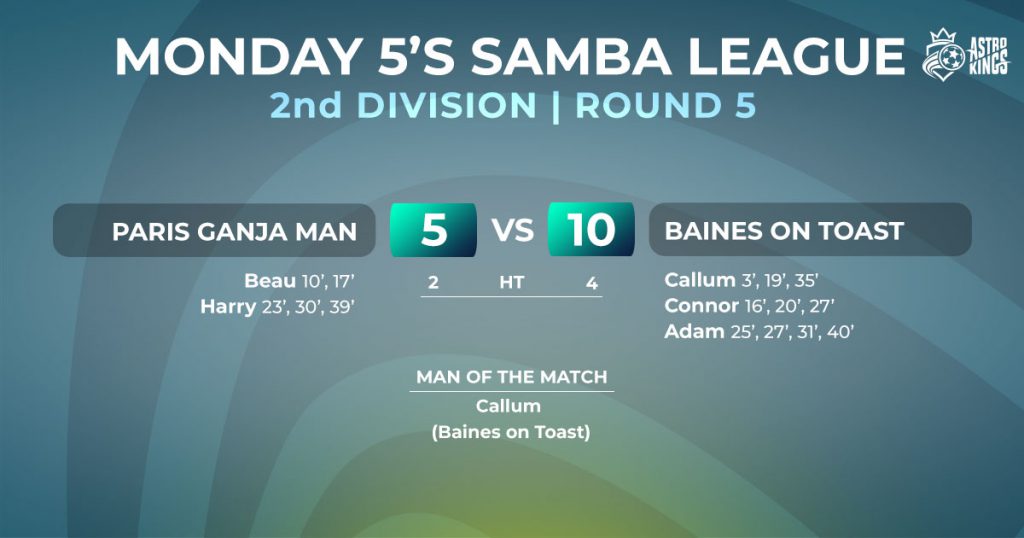 Coming back after a two week Christmas break, both Baines on Toast and Paris Ganja Man had new year’s resolutions to keep their unbeaten records well into 2019. Both teams started strong, and by the half time whistle, Beau had scored a brace for Ganja Man, and Connor and Callum both had two of their own for Toast.

More goals were forthcoming in the second half, Harry had sparked into life with a hat-trick for Ganja man, and on the other side, Adam, who was racking up assists in the first half, grabbed four goals of his own. Toast was on fire. Both Connor and Callum manged to complete their hat-tricks by the time the full-time whistle went, securing all three points for Toast in a ten-five victory.