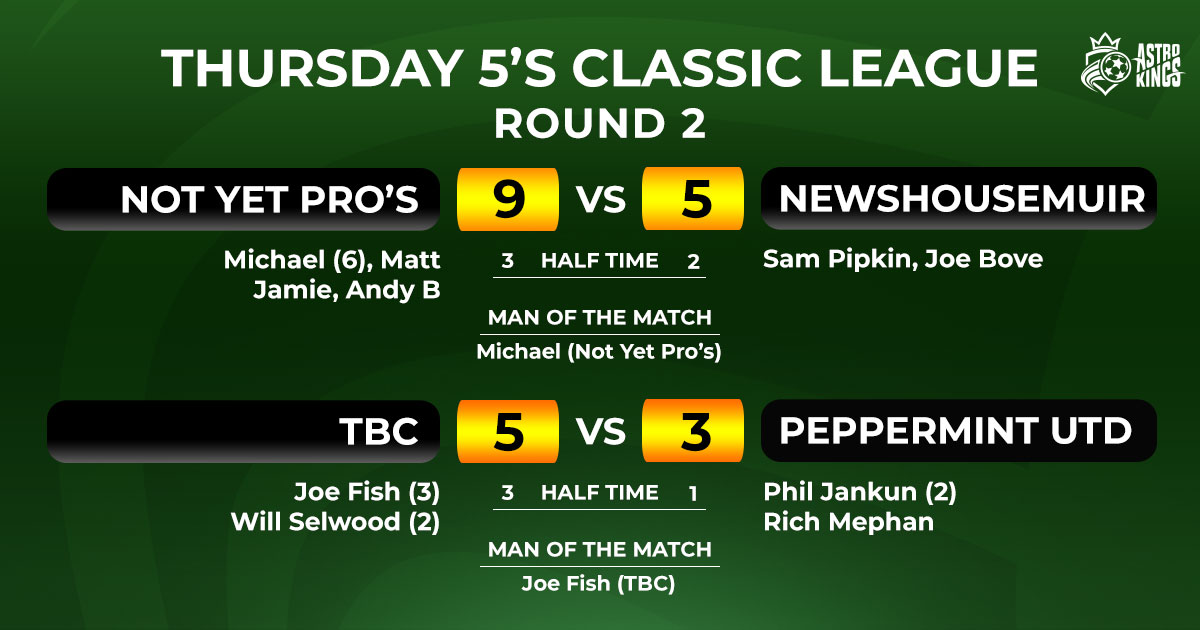 Playing their first game of the season Newshousemuir were facing Not Yet Pro’s, who were hoping to get their first win in the league after a defeat to TBC last week. NYP got off to a fantastic start, going two-nil up in the opening few minutes and led three-two up at the break.

Early in the second half Newshousemuir levelled the scores, but NYP were gelling well and took the scores to seven-three despite having a smaller squad. An important first win of the season for NYP, and for Michael’s Golden Boot chase with six goals under his belt during the game which ended nine-five.

After a win in the first game week TBC were hoping to make it two from two and keep their place atop the league secure. Hoping to bounce back after a defeat in a 19-goal thriller, was Peppermint United. TBC drew first blood, which was soon followed by another two as United tried their best to break the TBC defence. Their persistence paid off as a goal came their way before the break.

TBC grabbed the first goal of the second half to give them a three-goal cushion before United pulled one back. With Joe Fish and Will Selwood on target for TBC, they increased their lead to five-three. Despite a late goal for United there was no comeback and TBC claimed all three points to head the table with their two wins from two successfully secured.