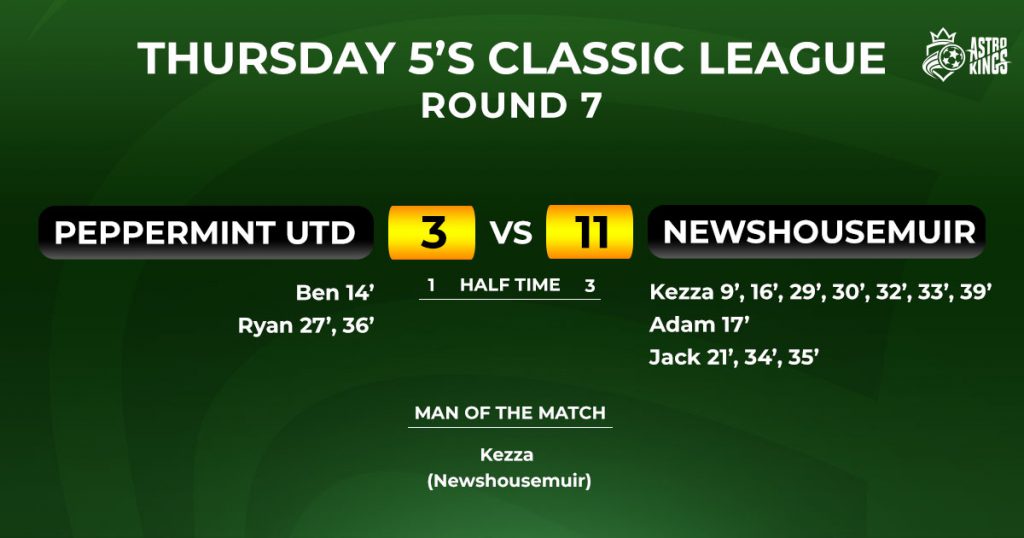 Perhaps as we’re smack-bang in the middle of Christmas party season, there was only one league fixture this game-week, but that didn’t mean we wasn’t treated to some quality football this Thursday. Peppermint United and Newshousemuir faced-off tonight, and when they played each other earlier in the season, it was Peppermint that came out on top, as nine-five winners.

The game started off defensively for both sides, neither team finding the target until the 9th minute, when Kezza broke the deadlock for Newshouse. Ben returned fire 5 minutes later for Peppermint, but saw his team head into the break three-one down.

It only took a minute into the second half for Jack to score the first of his three for Newshouse, and then the goals kept coming. Jack and Kezza were on fire and by the end of the game they’d secured victory with an 11-3 win, and each had three and seven goals respectively. Both teams are now equal on points, but thanks to their goals tonight, Newshouse have the upper hand in the league.