Congratulations to Unity, the thoroughbreds of the Thursday night league this time round. They were invincible and swept aside every team they faced (almost) smashing in an incredible 95 goals in just 10 games along the way.

The only blot on their copybook was a 5-5 draw with Astro Kings All Stars where it was Unity who grabbed a last minute equaliser with virtually the last kick of the game.

A Word for CS United

For a while, it looked like it might be CS United who could lift the title. Joining in the second week, they notched up wins against Exeter Gently (10:4), Nottingham Boys (6:2) and only lost 5:4 to Unity in a gripping encounter. Next up they held of a spirited comeback from the All Stars to notch up another victory before their title hopes finally hit the rocks with a 7:2 loss to Unity at the end of November.

What About the Others?

Nottingham Boys, Exeter Gently and Kate’s Fan Boys all played their part and there’s no doubting the skills of some of the players in the teams and the stats back it up. In a goalscorers league, all bar one team scored 50+ goals at an average of 12.4 goals per game.

With the addition of a couple of players, any one of these teams could be lifting the silverware next season. 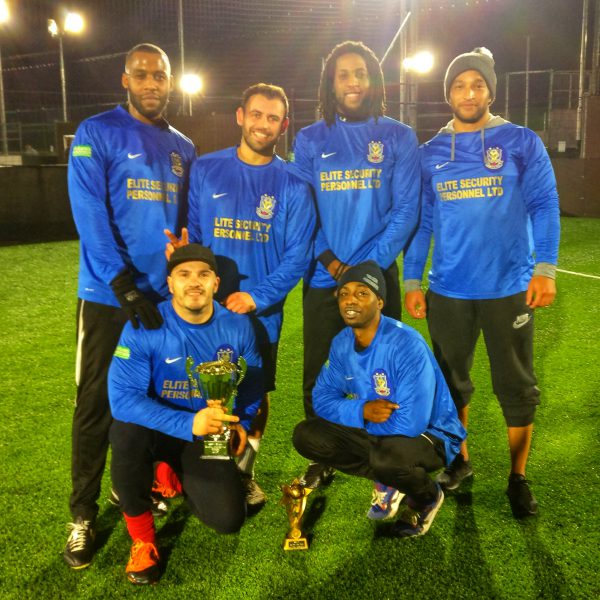 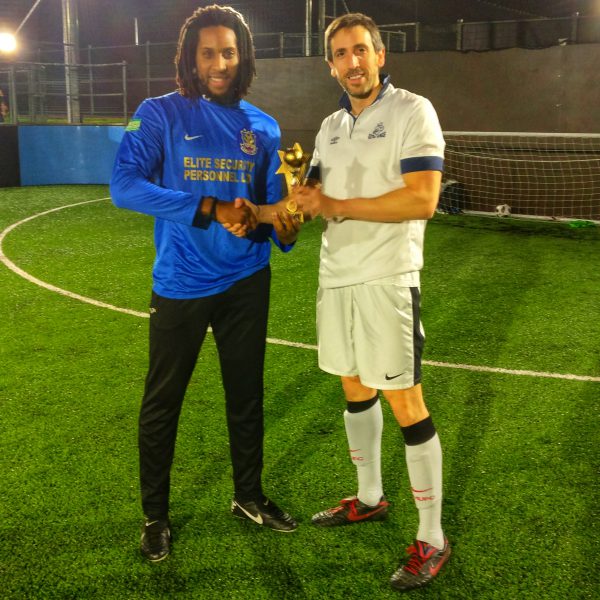 Ballon Des Rois, for the Best 5-a-side Player in Nottingham

There were some excellent players in the league, none more so than Unity’s Anton Brown pictured here lifting the Ballon Des Rois – aka the Ball of the Kings (well we are Astro Kings and not even Ronaldo has one of these in his trophy cabinet.

If you think you might be able to edge Anton, get a team and get registered.

Astro Kings do things properly with qualified refs, a player code of conduct and our team on hand to answer any questions you have! So, there won’t be dodgy tackles flying in; but if they do, that player won’t be playing the week after – Maximum enjoyment where the football is King and skills rule.

All standards are welcome whether you’re a skilled 5-a-side team, in need of an extra mid-week training session, or a bunch of mates looking for an after-work social game, we’ve got it covered.